Stargate Megaways slot by SG/OpenGaming was released in March 2022 and promises to be an exciting and very different Megaways slot, as was Battleship Direct Hit Megaways.  WMS was absorbed in to Scientific Gaming who now use OpenGaming as the platform for their slots so you might see Stargate Megaways listed under any of these names.  Anyway, the licensed Stargate theme features cumulatively triggered modifiers after 5 wins during a single spin, and 7 to 9 wins will earn you a free games bonus with at least some other modifiers awarded.  You best 6OAK pay is the Android Woman at 10x bet, no scatters appear on the reels due to the progressive triggers on Stargate Megaways but Wilds can appear on the top wheel of 4 single tiles, with the game having 324-117649 ways to win.

Having triggered your 5, 6 or 7 free games on Stargate Megaways you will pick 7 times from 15 Stargates to get modifiers.  These are selected by hitting any of the 7 modifier symbols during a pick-me round after the trigger on Stargate Megaways.  You want as many as possible before picking the start option and the round commencing.  You can get: 1-25 extra spins, cash prizes of 5-100x, multiplier, more ways, expanding wilds, extra wilds on the top wheel and finally Eye of Ra.  Stargate Megways employs a similar bonus mechanic to Netent’s classic Secret of the Stones slot by the way! The last one of these modifiers is quite good as the Eye of Ra appearing during the bonus on reel 6 ‘regenerates’ the round, in other words resets you to the first spin again, effectively a instant retrigger.  You have a 96.00% RTP and can win well in excess of 25,000x.  The RTP is higher at 96.13-86% if you use bonus buys of 31.5x to 123.5x if allowed on Stargate Megaways in your country. 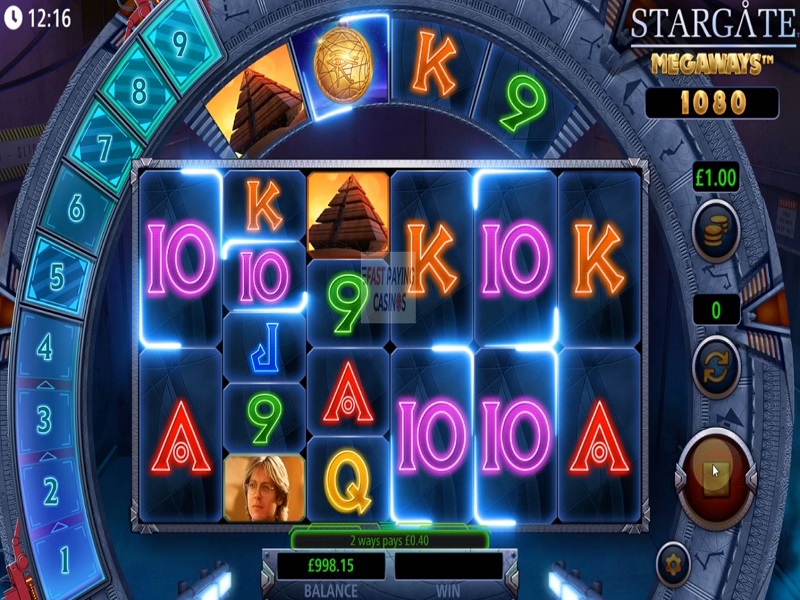 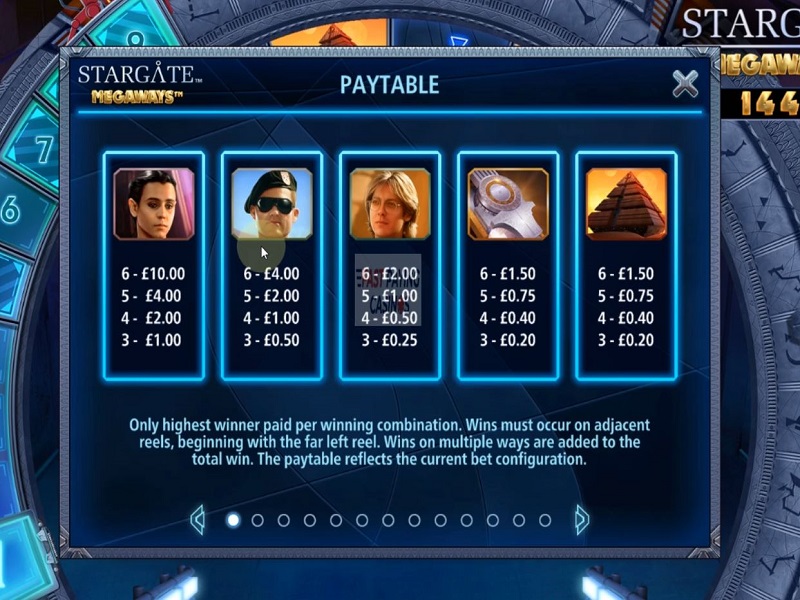 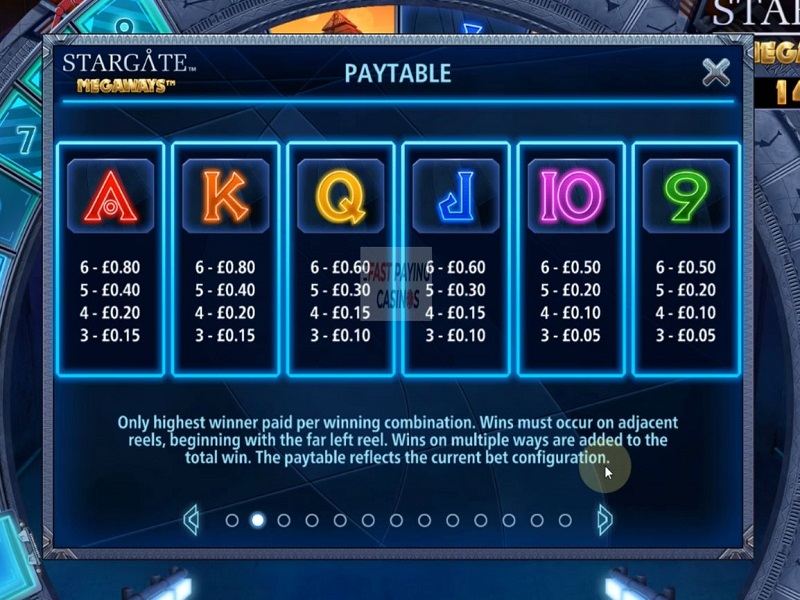 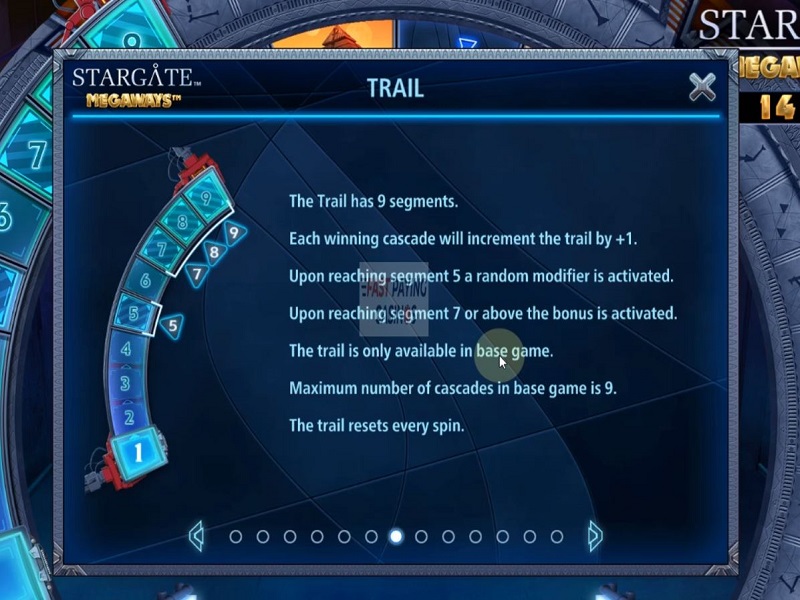 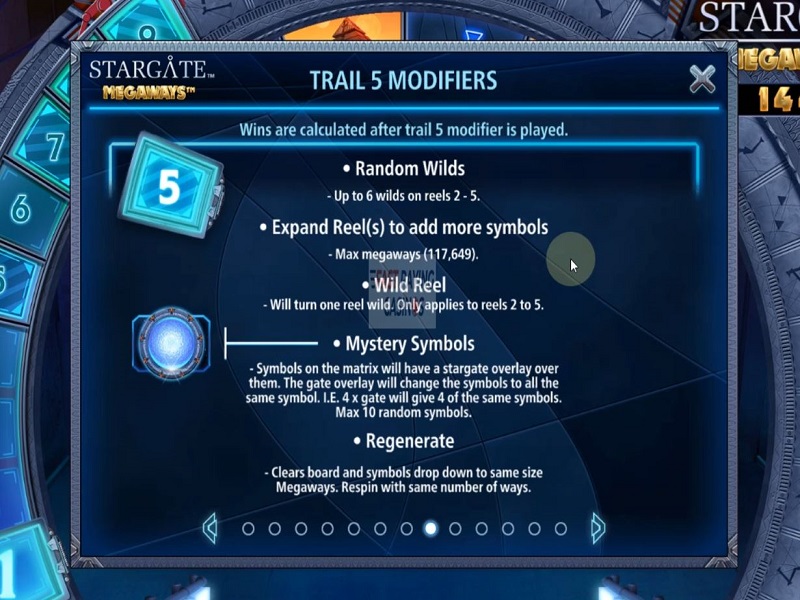 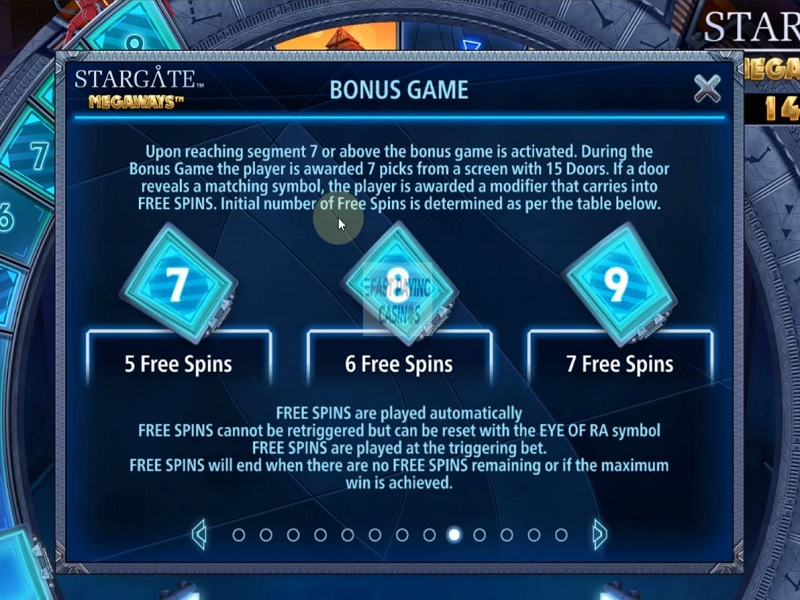 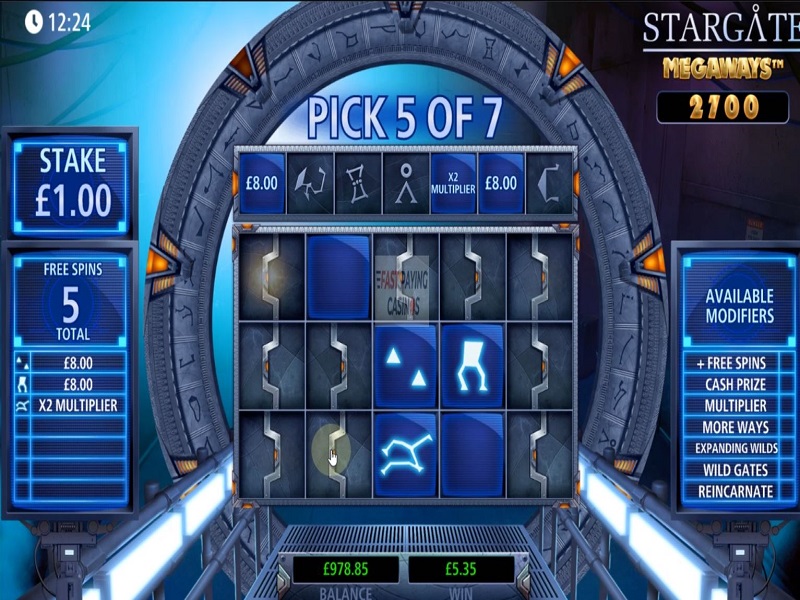 See the video for modifiers, rules and bonus in action!